SSRS- How to create SubReport

Below is the table data that we are going to use in all our reports:
SELECT
[State],
City,
[City Population],
Male,
Female,
Sexratio,
Literacy
FROM [Population]

II. Below is the dataset used for the main Report:
It is a simple T-SQL SELECT statement 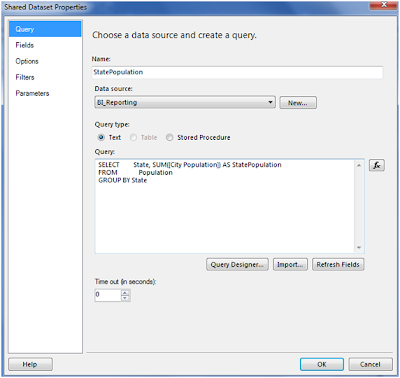 Below is the data output from dataset query: 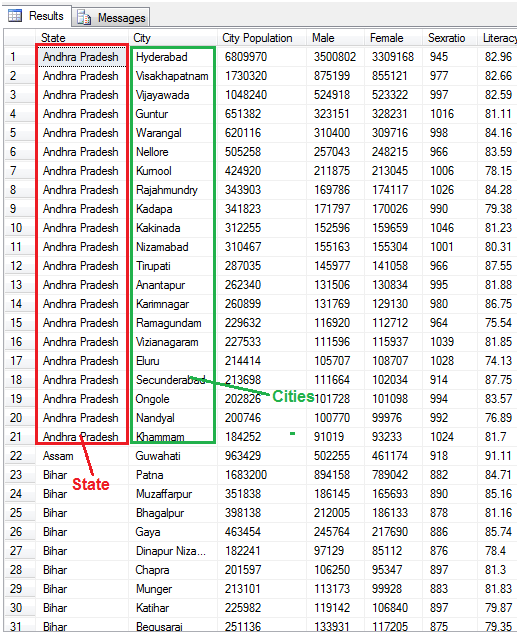 4.     Steps to create Sub Report in the form of Drill through

I. Here we are going to create a sub report which shows city wise population details based on state detail passed from main Report. So we need a input parameter for State name in the sub report:

II.  Below is the dataset details which shows that we are showing we are using state as input parameter : 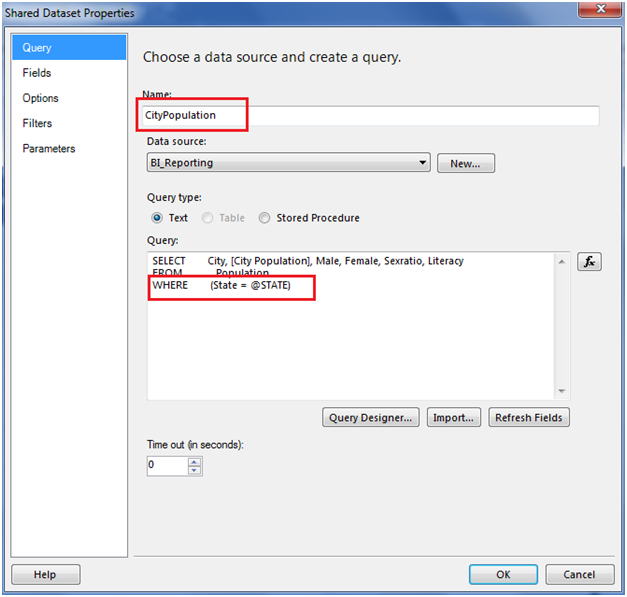 III.  Below is the sample report based on CityPopulation dataset: 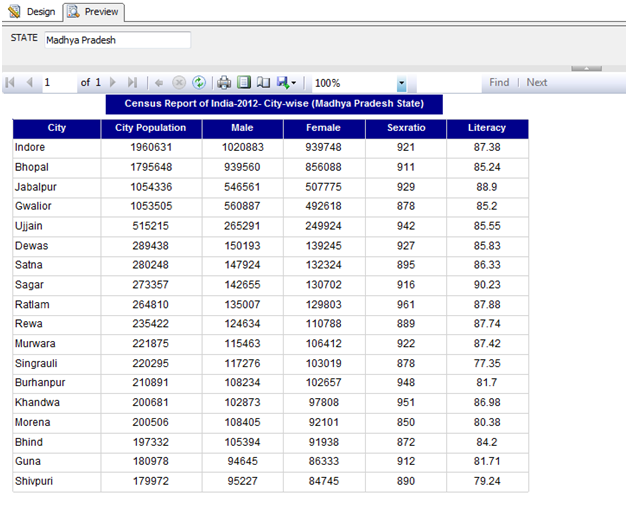 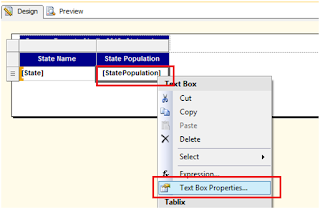 V. Go to Action then ‘Select to report’ option and specify the report shows city population. Add an input parameter for State: 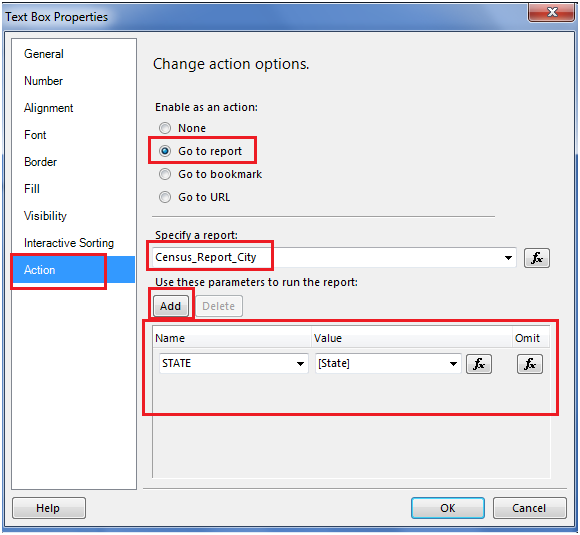 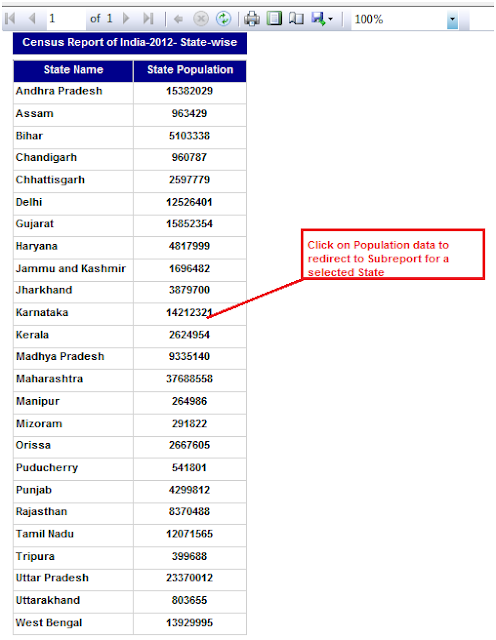 VII. Once we click on the Population data on main report(e.g for Karnataka state), It will redirect to the SubReport that will show city wise details based on input state (Karnataka): 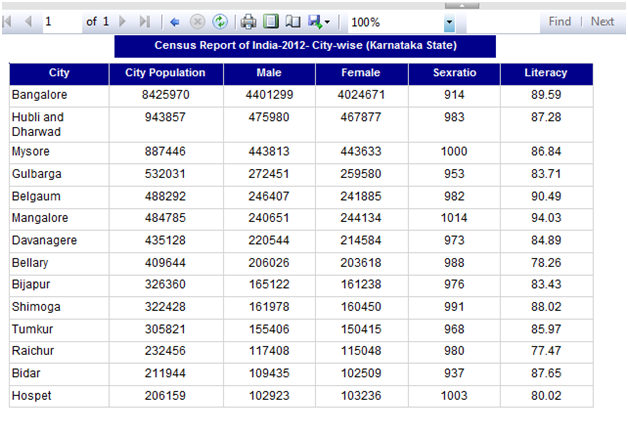 Now we are able to redirect a report from a main report.

5.     Steps to create SubReport as Embedded Report within Main Report

I. Here we will use another report(CityPopulationChart) as Sub report that is Chart report which shows top 5 most population area.

II. For embedding a report in a main report, Right clcik on the report layout of Main Report and select SubReport: 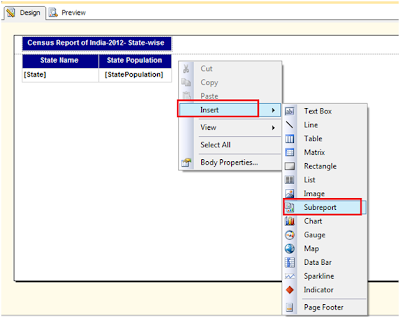 III.  It will add the data region for Sub report in the main report: 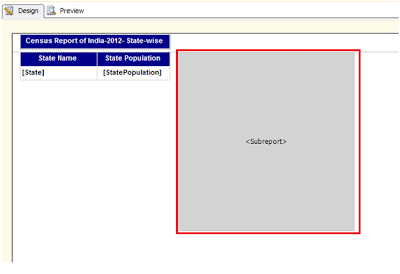 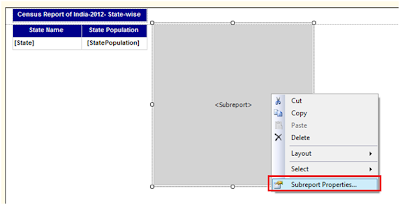 V.  Select the report that need to embed into the main report: 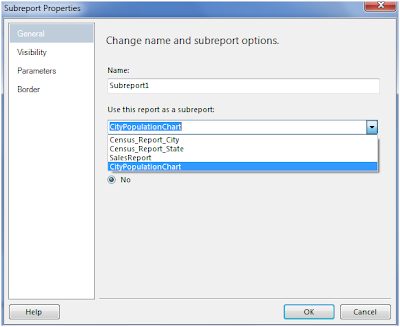 VI.  Now main report layout looks like below one: 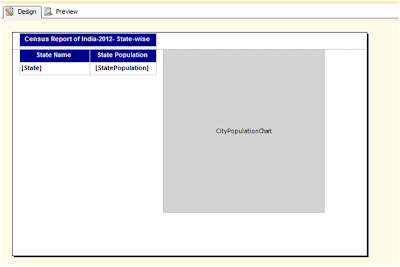 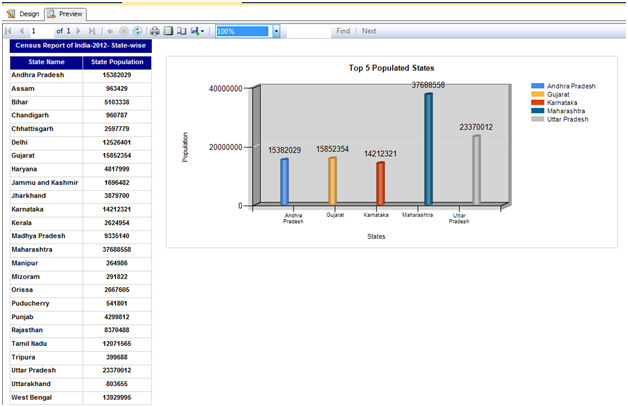